Mahmoud Ahmadinejad looks and sounds as if he is in a panic — and the Iranian president, on tour in New York this week, has very good reason to be.

Israel, which Ahmadinejad regards as his country’s great enemy, has just carried out what seems to be a very successful strike against an important Syrian installation. And behind Prime Minister Ehud Olmert stands President Bush — the same President Bush who four years ago needed no reason at all to take on Iran’s neighbor to the west and demolish it to the point where it may never rise again.

Both Olmert and Bush have repeatedly signaled their determination to prevent Iran from going nuclear, using force if necessary, and they may very well carry out their threats. Should they do so, then Iran — so often presented as some kind of regional juggernaut — will have little to put in their way.

Though rich in oil, Iran is a third-world country with a population of 80 million and a per capita income of $2,440. By the best available figures, those of the London-based International Institute of Strategic Studies, its annual defense budget stands at about $6.3 billion — a little more than half of Israel’s and a little less than 2% of America’s. 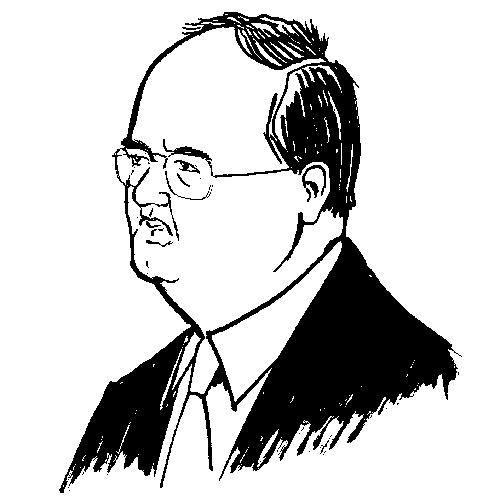 Iran, in fact, spends a smaller percentage of its resources on defense than any of its neighbors except the United Arab Emirates. And while Iran might very well operate covert programs whose cost would bump up its total defense expenditures, the same can be said of many other countries.

Should the United States strike at Iran — and let’s be clear here, we are talking about a strike by cruise missiles and manned aircraft, not about an invasion for which Washington does not have the troops — then Tehran will have almost no way to hit back.

In case Bush does decide to attack Iran, it is questionable whether Iran’s large, well-dispersed and well-camouflaged nuclear program can really be knocked out. This is all the more doubtful because, in contrast to the Israeli attacks on Iraq back in 1981 and on Syria three weeks ago, the element of surprise will be lacking. And even if it can be done, whether doing so will serve a useful purpose is also questionable.

Since 1945 hardly one year has gone by in which some voices — mainly American ones concerned about preserving Washington’s monopoly over nuclear weapons to the greatest extent possible — did not decry the terrible consequences that would follow if additional countries went nuclear. So far, not one of those warnings has come true. To the contrary: in every place where nuclear weapons were introduced, large-scale wars between their owners have disappeared.

General John Abizaid, the former commander of United States Central Command, is only the latest in a long list of experts to argue that the world can live with a nuclear Iran. Their views deserve to be carefully considered, lest Ahmadinejad’s fear-driven posturing cause anybody to do something stupid.