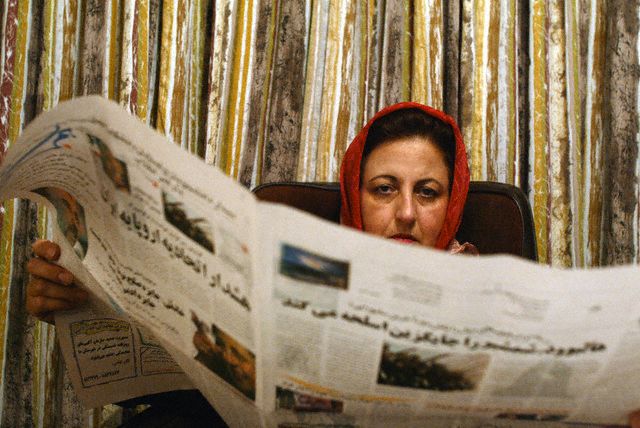 Q: Intellectuals such as Ayaan Hirsi Ali maintain that Islam is incompatible with the respect of women’s rights. And it is true that the present Iranian regime has, on the basis of religious justifications, prohibited you from becoming a judge.

A: The Iranian government, along with the Saudi government and all the other non-democratic governments, maintain that Islam is not compatible with human rights and that their people, as Muslims, must follow only Islam. But by ‘Islam’ they mean that which serves to justify their own tyranny. It disappoints me that certain intellectuals, without thinking of the consequences of their reasoning, end up seconding the very same opinions of these tyrants.

Q: And what are the consequences of these extreme views?

A: They end up presenting Muslims with an ultimatum: either accept Islam, and with it all the injustices which you are suffering, or abandon the religion of your fathers in favour of democracy. It is not fair to force such a decision. I propose another way – that Islam be interpreted in a way which allows for democracy. Within Christianity, too, there are some churches which condemn homosexuals, and others which accept them. They are all Christian, but they interpret their religion in different ways. The same can be true for Islam. In a country like Saudi Arabia there is not even a parliament, whilst Malaysia has a fairly advanced democracy. Which Islam are we talking about? Islam is completely compatible with women’s rights. Those who maintain otherwise simply give justification to non-democratic Islamic governments.

Q: Would you prefer to live in a secular Iran, in which religion and the state were separated?

A: I believe in secularism because I don’t want governments to take advantage of the people’s religious beliefs. However, I wonder whether we have the right to declare that the whole world see things only our way. When, in whatever region of the world, a people elects a radical cleric, do we have the right to say that the elections which brought him to power are invalid? Of course not. At the same time, it is also true that many secular governments are dictatorships. It’s clear then that secularism is not the only solution to these problems. We need to look for a more modern definition of democracy. Democracy is the government of the majority, yet that majority which comes to power does not then have the right to do whatever it likes. Governments are not legitimised solely by the ballot box, since it’s true that many dictators have come to power via elections. Only when democracy goes hand-in-hand with the respect for human rights can there be a true democratic government. With this new definition of democracy in mind, it is no longer important to decide whether secularism is a good or bad thing. (…)