Self-hate, after all, has been a staple of Jewish life since Jewish life began. Moses had to face the Children of Israel’s dissent, discomfort, discontent and distaste, much more often than he would have liked (witness Korach, Datan and Aviram, Numbers 16:1-33 or the episode of the golden calf, Exodus 32: 1-35).

It may be argued that an element of self-hate could benefit the contemporary Muslim world no less. 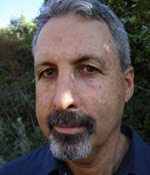 The sense of moral superiority and ultimate entitlement is strong within Islam as well. This has proven no healthier for Muslims than it has for Jews. It has reached its most extreme form in jihadism, and an explicit goal of eventual domination of all areas once ruled by Muslims. But in making war on the West, Al-Qaida has effectively touched off a war against Islam. For quite some time, the vast majority of victims of worldwide Islamic terror have been Muslims.

Recently, perhaps as a result, there are signs that Muslims in growing numbers are questioning the sheikhs, mullahs and ayatollahs who preach Muslim superiority and Islamic entitlement. The same Internet and satellite television that drove jihadist terror forward are serving as platforms for Muslims who question, critique and counter the extremists.

May we, Muslim and Jew, have the wisdom to address our own failings with the vigor with which we attack each others‘.

Let’s hear it for healthy self-hate. It may just be what the world needs now.