Q. What is George W. Bush’s legacy in the Middle East?

A. One word: catastrophe. The United States has traditionally had a very strong position among upwardly mobile Middle Easterners who saw American-style meritocracy as an alternative to the system imposed on them, which allows only the children of the elite to be the leaders of tomorrow. Even if most Middle Easterners would not say it publicly, their dream was America, and America was the dream of the Middle East. And that dream has been killed entirely by Bush.

A. When I was working on my previous book, The War for Muslim Minds: Islam and the West (Harvard University Press, 2004), I went to speak with several prominent neoconservatives, like Paul Wolfowitz and Richard Perle. I was struck by the depth of their misunderstanding of the region. They had superimposed the East-West conflict on the Orient-Occident divide, and they were convinced that the criterion to understand what was taking place in the Middle East was Eastern Europe under the Soviets. They thought Baghdad was East Berlin. It sounded good: Get rid of the tyrants, have civil society take over, and build something like a Democratic Party and a Republican Party in Iraq and Saudi Arabia. Freedom for the Middle East. Great. It just proved wrong.

A. There was no human intelligence; the U.S. government has no Arabists anymore. I was a visiting professor at New York University and Columbia University in the mid-90s, during the Oslo peace process between Israelis and Palestinians. I had close to no students. There was an assumption that the world was going to become American. That was the Fukuyama thesis, even though he recanted because he still wants to be in the limelight. This was the era of the Project for the New American Century, … so why would someone learn about the Arab world? After all, it is a dying culture. But the world is not that simple. …

Middle East studies in America is entirely politicized because of money. A department is either on the Saudi or Kuwaiti payroll, or it is on the Israeli or Jewish payroll. Of course, professors are entirely free. But they exert a measure of self-censorship to be sure their sponsors are pleased with them. This development is a catastrophe because it skews the entire scholarly tradition; partisanship has overcome scholarship. The American tradition of excellent knowledge in Middle East issues has failed.

In Europe we are poor, but to some extent we are more dignified — if I may say so. We used to depend on state funding, but that has dwindled down to nothing. So I studied how the Americans did it right, how they did it wrong, and how I might be able to do it better. I try to have as many sponsors as possible so as not to be dependent on one patron. If I have Saudi money, I get Jewish money; if I have Qatari money, I get Bahraini money; if I have money from the oil industry, I get money from the pro-sustainability people. I barely have time to write anymore, but it is the only way to remain independent.

Q. What is your advice for the next president of the United States?

A. After Iraq, it is clear that American military might is no longer a sufficient gateway to power. America has to work with its allies. That is one of the great lessons of a post-neocon world. A few years ago, Condoleezza Rice said that in the Middle East, the Americans will do the cooking and the Europeans can do the dishes. Can you imagine the national shame for the French, who are so keen on gastronomy, to have America — the nation of McDonald’s — insist that they will do the cooking? That was hard to swallow. But in all seriousness, Europe needs to get back in the kitchen. America can’t do it alone anymore.

Q. Is militant jihadism on the wane?

A. The jihadists are not well. Their main problem is an inability to mobilize the masses. There are small groups of people who follow the jihadis, but the militants are totally unable to appeal to a broad constituency. After the attacks of September 11, which brought a lot of joy to a lot of people in the Muslim world, there were some copycat bombings, but this has not led to anything in terms of mobilization. The jihadis have not been able to launch a major attack since the 7/7 bombings [of 2005], in London. The masses don’t think the Islamists can deliver anything. And when you look at jihadist literature on the Internet, as I do, you see a tremendous amount of internal fighting that is getting worse and worse. 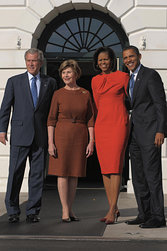 „During his Presidential campaign, Barack Obama expressed confidence that his penchant for diplomacy would change German minds. Apparently not. Sending more soldiers, or troops who actually fight, remains anathema in Germany. „There is a limit,“ Peter Struck, the parliamentary head of the ruling Social Democrats and former Defense Minister, said this week when asked whether Germany could do more to help defeat the Taliban. Maybe Mr. Obama’s speech before adoring crowds in Berlin last summer was not so effective after all.

When Europeans talk about „multilateralism,“ they typically don’t mean agreeing on a common policy to carry out together. They mean defaulting global security to the United Nations, where Russian and Chinese vetoes curtail effective action. At best, multilateralism à la Paris and Berlin is short for European approval for where and how Americans may intervene around the world.“

Roger Cohen schreibt in der Times: „It would be an exaggeration to say people are happier now that we have less money, but accurate to say there’s a surfacing of shame about the extent of our spend-spend-spend excesses.

The check on this shopping spree stands at $2.6 trillion in American personal debt. That’s a staggering sum.

You can’t wish away debt with a magic wand. The toll for all those home-equity paid Disney vacations will be heavy. Yet I would resist the temptation to say that economic crisis defines our times. No, as Bill Clinton might have said, “It’s the culture, stupid.”

Goodbye to all that.“ 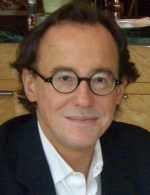 „Conservative politics mattered less to me than the sober comportment of conservative intellectuals at that time; I admired their maturity and seriousness, their historical perspective, their sense of proportion. In a country susceptible to political hucksters and demagogues, they studied the passions of democratic life without succumbing to them. They were unapologetic elites, but elites who loved democracy and wanted to help it.
…
Back in the ’70s, conservative intellectuals loved to talk about „radical chic,“ the well-known tendency of educated, often wealthy liberals to project their political fantasies onto brutal revolutionaries and street thugs, and romanticize their „struggles.“ But „populist chic“ is just the inversion of „radical chic,“ and is no less absurd, comical or ominous. Traditional conservatives were always suspicious of populism, and they were right to be. They saw elites as a fact of political life, even of democratic life. What matters in democracy is that those elites acquire their positions through talent and experience, and that they be educated to serve the public good. But it also matters that they own up to their elite status and defend the need for elites. They must be friends of democracy while protecting it, and themselves, from the leveling and vulgarization all democracy tends toward.

Writing recently in the New York Times, David Brooks noted correctly (if belatedly) that conservatives‘ „disdain for liberal intellectuals“ had slipped into „disdain for the educated class as a whole,“ and worried that the Republican Party was alienating educated voters. I couldn’t care less about the future of the Republican Party, but I do care about the quality of political thinking and judgment in the country as a whole. There was a time when conservative intellectuals raised the level of American public debate and helped to keep it sober. Those days are gone. As for political judgment, the promotion of Sarah Palin as a possible world leader speaks for itself. The Republican Party and the political right will survive, but the conservative intellectual tradition is already dead. And all of us, even liberals like myself, are poorer for it.“

„To all those Europeans, Canadians, Japanese, Russians, Iranians, Chinese, Indians, Africans and Latin Americans who are e-mailing their American friends about their joy at having “America back,” now that Obama is in, I just have one thing to say: “Show me the money!”

Don’t just show me the love. Don’t just give me the smiles. Your love is fickle and, as I said, it will last about as long as the first Obama airstrike against an Al Qaeda position in Pakistan. No, no, no, show me the money. Show me that you are ready to be Obama stakeholders, not free-riders — stakeholders in what will be expensive and difficult initiatives by the Obama administration to keep the world stable and free at a time when we have fewer resources.

President Bush, because he was so easily demonized, made being a free-rider on American power easy for everyone — and Americans paid the price. Obama will not make it so easy.

So to everyone overseas I say: thanks for your applause for our new president. I’m glad you all feel that America “is back.” If you want Obama to succeed, though, don’t just show us the love, show us the money. Show us the troops. Show us the diplomatic effort. Show us the economic partnership. Show us something more than a fresh smile. Because freedom is not free and your excuse for doing less than you could is leaving town in January.“